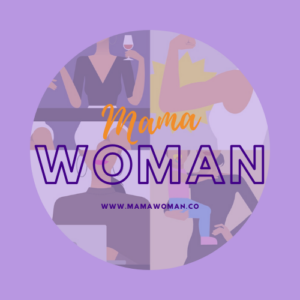 Mama Woman Magazine is a digital outlet that provides informative, entertaining content to serve our readers in real life.

We strive to make a social impact for the working mother, the single mother stay-at-home Mom, Mompreneurs, and Moms-to-be of color.

The “Mama Woman” name originated from a poem with the same name written by my Grandmother, the late Dr. Ardena Shankar.  She was a motivational speaker, author, and women’s rights activist, and this outlet is meant to convey those same messages.

Wair a minute. I’ve got something to say
First of all, I ain’t all ya’lls Mama, so you can just forget that.

I’ve got two children, Jamilah and Leroy.
I named him after his father.

That’s the last favor I’ll do for that guy.
We didnt get along.

See this here, that’s me flying over the projects,
Over all that junk in the street and all those livin’ dead folks down there.
There I am bringing the groceries home with no hassles.
Look, there, that’s Jamilah and LeRoy
Looking out the window waving at me.

Jamilah is very talented and smart.
And so is LeRoy of course!
But that girl is a real artist.
She made this card herself, see.
She drew this blue outfit for me with the word MamaWoman written on it.

Mamawoman.
Jamilah and LeRoy started calling me that after I had to knock a young man in the head for trying to take my purse!

The kids and I were walkimg home from the food stamp office when these two young guys come walking up behind me and tried to snatch my purse.

Jamilah and LeRoy just stood there like they were frozen to the ground. They were too small to help anyways

But I just flipped!

I grabbed one of those guys before he could get away and started beating him with my bare hands.

I didn’t even think about what I was doing.
All I could think was that they were trying to take food from me and my kids.

I threw that dude on the ground
And before he knew what was happenin’
I was kickin’ his butt, his head, and everything else I could kick.

Then Jamilah and LeRoy was picking up rocks for me to hit him with, jumpin’ up and down and hollerin’ “Get’em, Mama, get em'”

I mean rock and feet were flying at that fool.

And I was kickin’ and preachin’
“Are you a fool trying to take food from children? Don’t you know I’m just as poor as you with two children to feed?
You should be ashamed of yourself!”

When I saw blood on his hands
I realized I was really hurting the guy.

So I kicked him in the butt one more time.
And I told him to get the hell out there
And that he was lucky I didn’t shoot him.

I had to tell LeRoy that I just said that to scare the guy.
I don’t really have a gun.

Anyhow, the kids started callin’ me MamaWoman after that.
They told all the kids in the neighborhood
And talked about it for weeks.

I want them to fight for themeselves when they have to
Cause nobody out in tjat mean world is going to love em’ like their Mama.

So I teach them to be strong in mind, body, and spirit like my Mama taught me.